Why do mainstream manufacturers choose the QSFP-DD form-factor? Does this mean that the future 400G optical modules will be based on QSFP-DD? In order to clarify these issues, let us first look at the history of QSFP-DD.

September 19, 2016 — The QSFP-DD MSA group announced the release of preliminary hardware specifications, including drawings, for the new QSFP-DD form factor.

March 13, 2018 — The QSFP-DD MSA group released QSFP-DD thermal white paper to address how the thermal performance of the QSFP-DD module is evaluated for use in a high-performance data center environment.

August 30, 2018 — The QSFP-DD MSA group announced the success of their mechanical plug fest.

September 18, 2018 — The QSFP-DD MSA group announced the release of an updated 4.0 Hardware specification for the QSFP-DD form factor. By this time, the QSFP-DD MSA is relatively complete, and the QSFP-DD optics of the leading optical transceiver manufacturers are also listed in this period. For example, Gigalight, the world's leading innovator of optical interconnect design, has introduced 200G optical interconnect solutions for large-scale data centers from 100G to 400G — 200G QSFP-DD SR8 and 200G QSFP-DD AOC.

In summary, from the beginning of 2016 to the end of 2018, the birth of QSFP-DD has matured for nearly three years. During this period, the members of the QSFP-DD MSA group have also increased from the original 13 promoters to the current 14 promoters (3 companies were acquired, so only 11 were actually left) and 52 contributors.

The changes in the promoters of the QSFP-DD MSA group during this period also verified an old saying: the hero of the situation — II-VI acquired the old optical transceiver manufacturer Finisar; Broadcom acquired Brocade; Lumentum acquired Oclaro; C also completed the acquisition of Luxtera recently. After so many acquisitions, let's take a look at the big companies left. There are chip providers such as Broadcom (Avago uses Broadcom as the brand name after the acquisition of Broadcom), equipment vendors such as C and Huawei, device providers such as Lumentum, optical transceiver manufacturers such as Foxconn Interconnect Technology, accessories manufacturers such as Molex and TE Connectivity, and so on, covering the entire communications industry.

Why are so many big companies working together to promote QSFP-DD? Let us find the reasons together now.

Why QSFP-DD
A successful form factor must support the entire set of media and transceiver types prevalent in the networking industry. For media this includes passive Direct Attached Copper cables (DAC), Multi-Mode Fibers (MMF) and Single-Mode Fibers (SMF). For transceivers and active copper or active optical cable assemblies, this includes those defined by Ethernet, Fibre Channel, and InfiniBand for 100 Gb/s, 200 Gb/s and 400 Gb/s. In addition, port density must not be compromised from that of current practice. Further, backward compatibility with the popular QSFP form factor is essential for industry adoption.

QSFP-DD, Quad Small Form-factor Pluggable Double-Density, is a new module and cage/connector system similar to current QSFP, but with an additional row of contacts providing for an eight lane electrical interface. The term "Double-Density" refers to the doubling of the number of high-speed electrical interfaces that the module supports compared to the regular QSFP28 module. The connector specification is ready for the new PAM4 electrical modulation format that supports 50Gb/s that provides another doubling of speed resulting is a 4x increased in port speed for the QSFP-DD compared to the QSFP28 module. 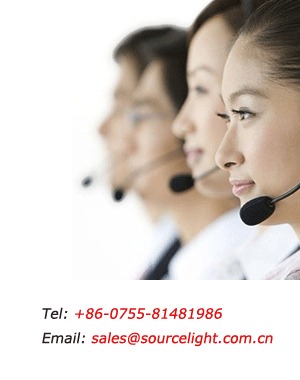